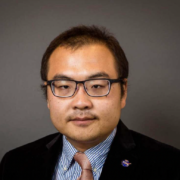 Professor Liang Wang is currently an Associate Professor of Electronics and Communication Engineering with Sun Yat-sen University. His research interests include autonomous vehicles, machine vision, smart sensing, and control. He was a Postdoctoral Research Scholar with the Computer Science and Artificial Intelligence Laboratory, Massachusetts Institute of Technology from January 2015 to December 2018. Professor Liang Wang received his Ph.D. degree in computer application technology from the School of Computer and Information Technology, Beijing Jiaotong University, China in in 2015 and was a visiting Ph.D. student in the Mathematics Department, Massachusetts Institute of Technology, from 2011 to 2013. He received his B.S. and M.S. degrees in electronic engineering in 2006 and 2008, respectively, from the School of Electronic and Information Engineering, Beijing Jiaotong University, China. He won the Best Paper Award from International Conf. on Intelligent Transportation System. Professor Wang holds patents innovating the mask manufacturing line to fight Covid19, and published the Chinese translation of “Machine Vision,” the classical textbook used by MIT written by Professor Berthold K. P. Horn, the founding father of Machine Vision field. 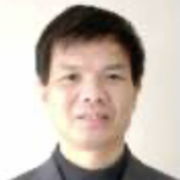 School of Computer Science and Mathematics, Fujian University of Technology

Abstract: The current novel coronavirus disease in 2019 (COVID-19) has plagued human beings for more than 10 months as a great global threat to public health. To tackle this, researchers have been taking whatever measures they can to try to find the facts, truth and causes of this disease in the hope of preventing its spread and saving the patients’ life. Technological or comprehensive reviews were also conducted in an effort to summarize the observations and findings. This paper started with the download of 16,560 publications from Web of Science and employed the big data method, a totally different point of view, to reveal the unknown facts concealed in these publications by identifying some of the most frequently mentioned key words in the abstracts. Then they were classified into seven different aspects, including the basic information, time and countries, people group, symptoms, complications, diagnostic methods and research methods for analyses. Our findings showed that this simple method proves itself as being applicable in bringing to light some unknown facts or factors hidden behind the haphazard research data and that our results are consistent with the facts revealed in traditional statistic methods.